Part 2 of 4: COVID 19 and the Future of Historically Black Colleges & Universities

GREENSBORO, NC – July 3, 2020 – In this second installment of a four-part series, BWC Capital, a black-owned North Carolina-based economic development firm, addresses the impact of the white philanthropic sector’s donations on Historically Black Colleges and Universities (HBCUs) and how the sector has continuously missed opportunities to make equitable contributions to help black institutions of learning regardless of their academic accolades, size or popularity. BWC offers recommendations and a call to action to ensure that future donations are aligned with the needs of students at every HBCU and not a select few. 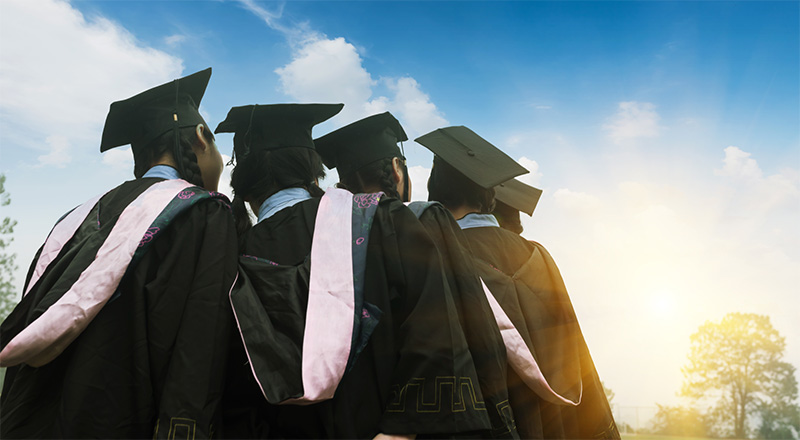 The recent $120 million commitment by Netflix CEO Reed Hastings and his wife to three higher education institutions – Morehouse College, Spelman College, and the United Negro College Fund (UNCF) – is a perfect example of good intentions hindered by limited imagination and a fundamental lack of awareness of the needs of HBCUs. Wealthy individuals, like the Hastings, are entitled to utilize their personal resources as they see fit; however, according to the BWC team, the broader landscape of systemic racial inequality that seemly triggered this donation warrants further examination.

“HBCUs have faced an unequal playing field regarding public funding and financial support relative to Historically White Colleges and Universities (HWCUs),” says Cedric Johnson, a member of BWC Consulting’s leadership team. “Supporting a handful of HBCU fan favorites may seem like progress to the white philanthropic community; however, such actions also work to perpetuate the reality of “helping” a few while neglecting the majority. HBCUs offer a value-add proposition and unique learning experience that HWCUs simply cannot provide, and thus the white philanthropic community should be more expansive in their willingness to support and advocate for the larger HBCU community, and not just the chosen few.”

During this time of protest and unrest stemming from a legacy of systemic racial inequality in America, the largely white philanthropic community has announced numerous initiatives that intend to be part of the solution to this uniquely American problem. As a result, this moment in history offers an opportunity for white philanthropy to be more imaginative about the vision for an equitable future. Adopting a creative lens to help guide philanthropic efforts requires breaking away from the “traditional” methods white philanthropists have utilized in “assisting” black people and marginalized black communities.

“The generous gift by Netflix CEO Reed Hastings and his wife is a significant gesture that recognizes the capacity of HBCUs; the independent HBCU community looks forward to also being a benefactor of this gift,” said Dwight Fennell, President of Texas College, a private, historically black Christian Methodist Episcopal college in Tyler, Texas. “The collective philanthropic community’s reach is still needed in support of lesser-known HBCUs that historically have proven to do more with little. This is evident from the data that shows while HBCUs only represent 3% of the nation’s higher education community, these institutions produce 20% of the African American and minority graduates who make meaningful contributions to the workforce.”

To the black community, white philanthropic dollars seemingly go to a handful of HBCUs when attention is given to black colleges. Spelman and Morehouse, among this handful of recipients, together have an enrollment that is less than two percent (2%) of the overall enrollment at the more than 100 HBCUs across the country. As for UNCF, it partners with approximately one-third of HBCUs and provides both direct and indirect financial support to students accordingly. Meanwhile, it is the broader HBCU community that continues to lead the way in producing the black doctors, lawyers, scientists, artists, engineers, educators, and numerous other professionals that help drive the American economy and society forward.

Why the white philanthropic community seemingly sticks to largely supporting a handful of HBCUs is unclear. If greater diversity was present during the resource allocation process – including diverse voices from within the black community – the chances of a more comprehensive solution regarding how best to invest $120 million to support black colleges is likely. The number of HBCU beneficiaries would likely be greater than the typical beneficiaries. Furthermore, financial support would not be limited to economically vulnerable students, but also available to students from middle-income households. White students from middle-income households, with average academic performance, receive “merit-based” academic scholarships as a standard practice at historically white colleges and universities.

In addition, HBCUs would have access to more attractive financing options to address capital improvements and expansion initiatives. And the list goes on regarding opportunities to create a more level playing field for black colleges and universities.

The reality is that at the end of “good intentions,” should be results and impact that provide a more optimal solution for HBCUs. If the simple measuring stick is the number of schools impacted, twenty-four (24) schools receiving five (5) million dollars each yields a baseline impact of 24%. Any investment approach that yields an initial return of 24% vs. 2% is deemed the better approach.

To put things in further perspective, as of 2019, the aggregate endowments for all HBCUs amounted to approximately $2.1 billion. Consider that around 50 non-HBCUs (33 private and 17 public) colleges and universities have respective endowments greater than or equal to this amount. This vast economic inequality severely impacts the long-term viability of HBCUs as they struggle to provide scholarships and assistance to the best and brightest students despite the lack of endowment support.

There are two main opportunities for white philanthropy to do better in supporting HBCUs:

To connect with the staff at BWC Capital, visit the website.

Partnering with clients to help bring impact-oriented projects to life.