In this third installment of the BWC Capital’s series, the North Carolina-based black-owned economic development firm, with a history of working with black institutions of higher learning, discusses the significance of closing the economic gap between Historically Black Colleges and Universities (HBCUs) and Historically White Institutions (HWIs) by leveraging athletic programs. 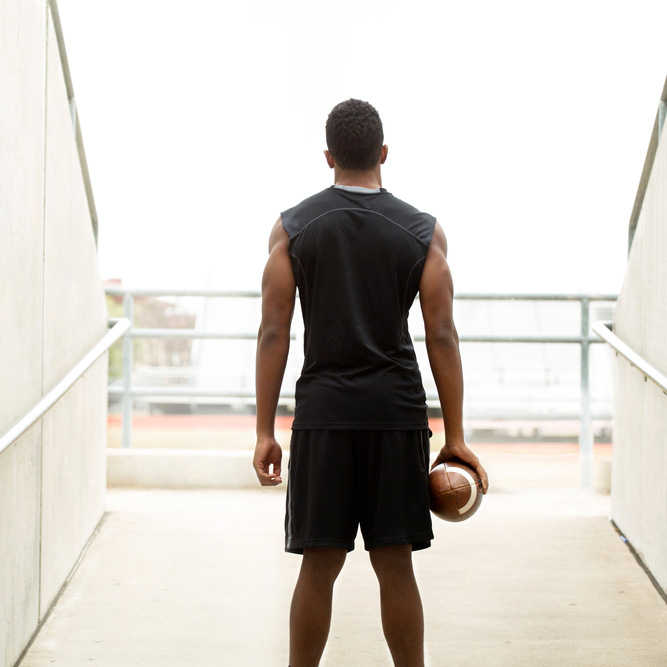 HBCUs have struggled financially for decades. Despite their reputation for producing the largest number of black professionals, these institutions have never received the public and private financial support, or the positioning to earn revenue in ways similar to HWIs of higher education. The struggle to recruit, compete and capitalize on black athletic talent is one of many roadblocks to HBCUs addressing this persistent and lucrative financial support disparity.

“Money and capital [both] flow to winners that produce attractive outcomes,” said Cedric Johnson of BWC Consulting. “If more talented young athletes choose to attend HBCUs, the dollars will continue to follow the talent, particularly if this move towards HBCUs is done in mass. Young athletes selecting HBCUs position these schools to be less reliant on the generosity of white philanthropy and their selective process for determining who gets their charity. Americans like to associate with winners, and as these athletes build winning athletic brands at HBCUs, the athletic and academic sides of these institutions will elevate.”

North Carolina A&T State University, a Greensboro, NC based HBCU, has witnessed some of its largest incoming freshman classes in recent years. These larger incoming classes have occurred during a period in which the university has won the HBCU Football National Championship three times in the last four years. This success has led to the university joining the Big South Conference, and thus leaving the Mid-Eastern Athletic Conference (MEAC), in order to further enhance its brand and attractiveness to future recruits.

Black student-athletes have propped up white college sports teams for over 50 years. Up until the 1980s, if the NFL or NBA wanted to accumulate black talent, they went to HBCUs. Today, they go to the power five conferences. This accumulation of power and revenue via assimilation rather than integration largely explains the vast disparities seen today between the athletic programs of HBCUs and power five conferences.

This assimilation-based college athletics model creates a reality in which what is at stake for HBCUs is more significant than a championship trophy. HBCUs are innovation hubs that spur black excellence at a rate that no other institution can match. Thus, when top-tier black student-athletes decide to attend an HBCU, they have the potential to substantially transform the economic landscape of the institution and the surrounding community. They bring with them talent, revenue, and a dedicated fan-base, as well as future sports fame and prosperity.

“As an undergraduate attending a power five conference school, I was amazed at the throngs of people who embarked on campus on weekends to fill up a nearly 80,000-seat stadium,” said Johnson. “My hometown was maybe 25,000 people, so seeing how a football game attracted four times the size of my hometown, was eye-opening. This is how you spur local economic activity and opportunity at scale.”

With a windfall of revenue from athletic events, an academically and financially astute HBCU is better positioned to produce more successful black professionals and help eliminate the staggering wealth gap between black and white families. In 2016, a typical white family earned $171,000, nearly ten times greater than that of a black family ($17,150), according to a study conducted by the Brookings Institute.

Many sports fans seem to have accepted the belief that black student-athletes, particularly those on a trajectory to reach the pros, are better served at HWIs. Historically, these schools have offered black student-athletes accessibility and exposure to the professional ranks through heavy media coverage and availability to top sports recruiters. Both of which can lead to large financial contracts and lucrative endorsements.

“Black athletes perfect their talents on fields and courts in urban and inner-city communities, as well as small towns throughout the country. Football and basketball players at high schools in communities of color are asked to leave their culture and community support behind to attend HWIs to pursue a professional sports career, and that doesn’t seem fair,” said Elmer Chisholm, partner at BWC Consulting. “Parity and equity are seen on HBCU campuses where black-student athletes are well-represented in the classroom and the field of play, including head coaches and athletic directors. It is apparent that the value of the black-student athlete at HBCUs is appreciated far beyond his or her years on campus.”

Athletic programs at HWIs generate significantly more revenue each year compared to HBCU athletic programs. This outcome, in large part, is a result of most student-athletes representing HWIs money-making sports (e.g., football and basketball) are students of color. BWC believes that the misalignment between the origin of the money-making talent and the beneficiaries of the talent must be addressed to ensure long-term financial vitality at black institutions.

“Black student-athletes are responsible for the vast majority of revenue across the National Collegiate Athletic Association (NCAA), yet they are not represented equitably as students, athletic directors or head coaches,” said Chisholm. “In 2019, across the NCAA, black male students made up less than four percent of the overall student body population but represented more than 50% of the football players and almost 60% of the basketball players, according to statistics from a report by the University of Southern California (USC) Race and Equity Center.”

During the fall of 2019, for example, the student body at the University of Alabama (UA) was comprised of only 10% of black students. The nationally recognized football team, by comparison, consisted of approximately 56% of black players. Consider the average worth of one UA college football player to the university was $545,357, according to research by the Department of Education and a Drexel University professor.

In 2018 alone, UA’s sports programs generated over $140 million in revenue for the school. This example clearly illustrates that black student-athletes who attend HWIs in the NCAA have a dollar sign on their head—one with enough zeros to change their lives, and subsequently, the quality of life at the institution they choose.

When five-star basketball recruit, center, Makur Maker, from Phoenix, AZ, committed to play basketball at Howard University, a prestigious HBCU with a struggling basketball program, instead of well-known HWIs vying to recruit him, he set in motion a direct action movement.

With financial consequences for multi-billion-dollar HWI athletic programs, Maker’s cut-and-fake move brought immediate attention to the economic disparities between black college and HWI athletics at a time when the world is finally listening. The seven-foot-tall powerhouse player acknowledged the significance of his decision in a tweet, which he stated that his mission was to make the “HBCU movement real so that others will follow.”

His message is clear and so is his financial clout. What Maker realizes is that what he has to offer to a college or university is more than perfect layups. By bringing his skills to a black institution of higher learning, he is making a socially responsible decision that will help to raise the value of Howard’s basketball program and potentially the community it serves.

Maker is a transformative figure whose message can inspire other top-tier players to consider taking their skills to an HBCU. However, the real challenge lies in the strategic fortitude of not only black players choosing to attend a black college, but also black institutions looking to snag the next great student-athlete.

BWC’s advice to help HBCUs strengthen their athletic programs and overall institutions is to build on the movement that Maker has put in play. BWC recommends that HBCUs work to increase their chances of attracting the best student-athletes by creating an aggressive recruitment strategy, attracting the best coaches and building a pipeline of younger student-athletes interested in the black college experience. The movement will require more alumni involvement and greater allocation of dollars to support leveraging these new funds to attract even greater capital to support new athletic infrastructure that will aid in the recruitment and retention of the best and brightest student-athletes. Once the young talent is secured, the path forward is clear, and the current model that benefits HWIs provides a reason to believe in the possibilities.

Partnering with clients to help bring impact-oriented projects to life.